UNHCR Population Statistics
Interactive dashboard | Raw data
The database currently contains data about UNHCR's populations of concern from the year 1951 up to 2017 and you can use it to investigate different aspects of these populations...

UNHCR refugee data available for all

UNHCR opened their data vaults and is providing easily accessible refugee data through user-friendly data queries. UNHCR also has an informative interactive map which provides a quick overview of countries hosting the most refugees or other persons of concern. 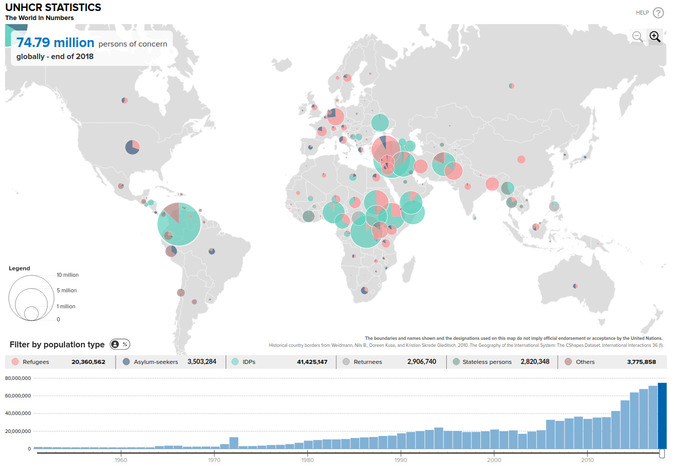 In addition to the interactive data visualization the website also hosts an intensive data repository providing information such as the 2016 demographic breakdown of refugee children in Kigali, Rwanda. The website does not only have refugee data, it also has data on many other populations of concern, which include people who are forcibly displaced and persons without a nationality:

When looking for refugee data, the UNHCR population statistics website is a comprehensive resource. By examining this data we were inspired to create a bar chart race video - check it out on YouTube via the video link below! 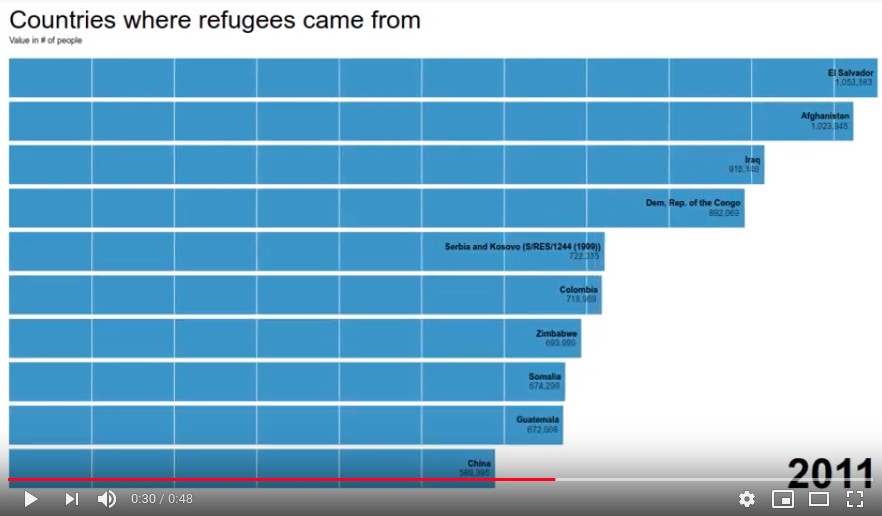 IATI Development portal
Previous
ACAPS
Next
We use cookies to ensure that we give you the best experience on our website. If you continue to use this site we will assume your permission to use cookies as detailed in our Data Usage Policy.