Analyze urban data with The Atlas of Urban Expansion

The world contains 4,231 cities that have a population of over 100,000 or more. The Atlas of Urban Expansion data portal contains in-depth urban data from 200 cities as well as detailed guidelines of how this data collection process was done.

There is a wealth of urban data available for 200 cities in the study. After selecting a city you have access to high-level urban statistics such as population, the extent of the city, and the density of the city. The entire platform is beautifully made making it fun to look through.

One complaint is that it is currently not possible to compare cities on this platform. It would be fascinating to, for instance, compare the density of cities. However, all of the urban data can be downloading in CSV format which allows you to make such a comparison.

The platform features an urban extent map, allowing the user to view historic urban data and see how the landscape of each city changed over the past 20 years. 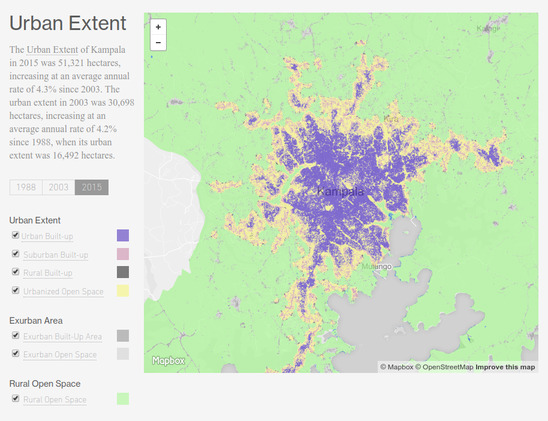 For some cities, presumably those with enough historic urban data, there are videos that showcase the expansion of the city over the course of multiple centuries.

The Atlas of Urban Expansion is an ongoing research effort between UN-HABITAT, New York University and The Lincoln Institute of Land Policy. The team has currently completed two out of the three phases of research. The third phase will shed light on household incomes and rent prices throughout the cities. We look forward to the results of this research.

REACH
Previous
IATI Development portal
Next
We use cookies to ensure that we give you the best experience on our website. If you continue to use this site we will assume your permission to use cookies as detailed in our Data Usage Policy.